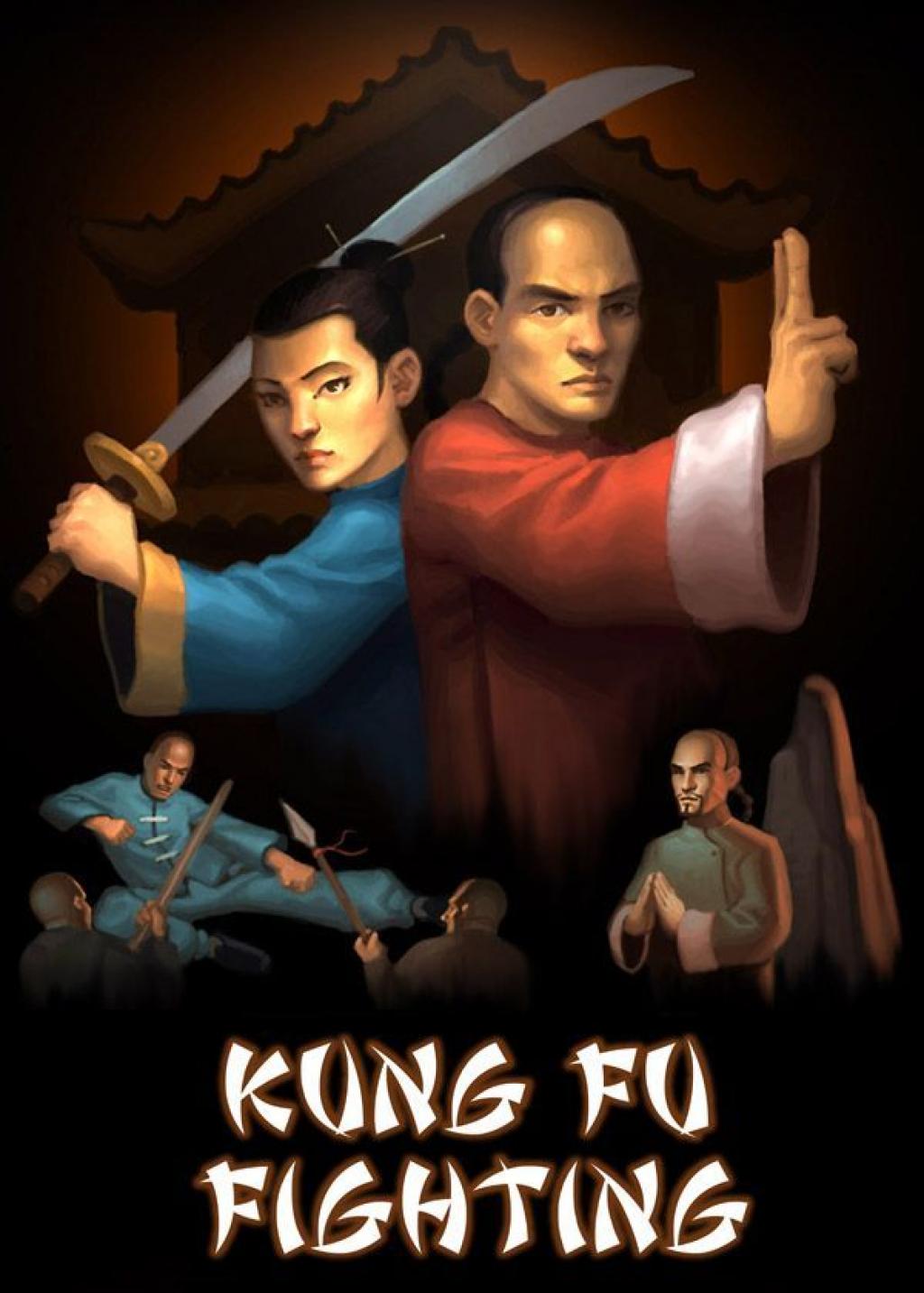 Kung Fu Fighting is a card game that simulates an all-out brawl between 2-6 kung fu masters! Players are dealt a hand of cards, which include attacks, attack enhancements, weapons, blocks, chi restoration (healing) and fighting stances. They take turns playing cards from their hands to attack other players with stylish moves like the dreaded "Running up the Wall-Spinning-Flipping-Kick". A defending player can answer back with a block card, or counter attack with certain powerful cards. If an attack gets through, the defender loses chi (health). When a player runs out of chi, he is knocked out, and the battle continues until only one Kung Fu master — the True Master — remains standing. Kung Fu Fighting is easy to learn, plays quickly and captures the flavor of Hong Kong's famous cinematic battles.