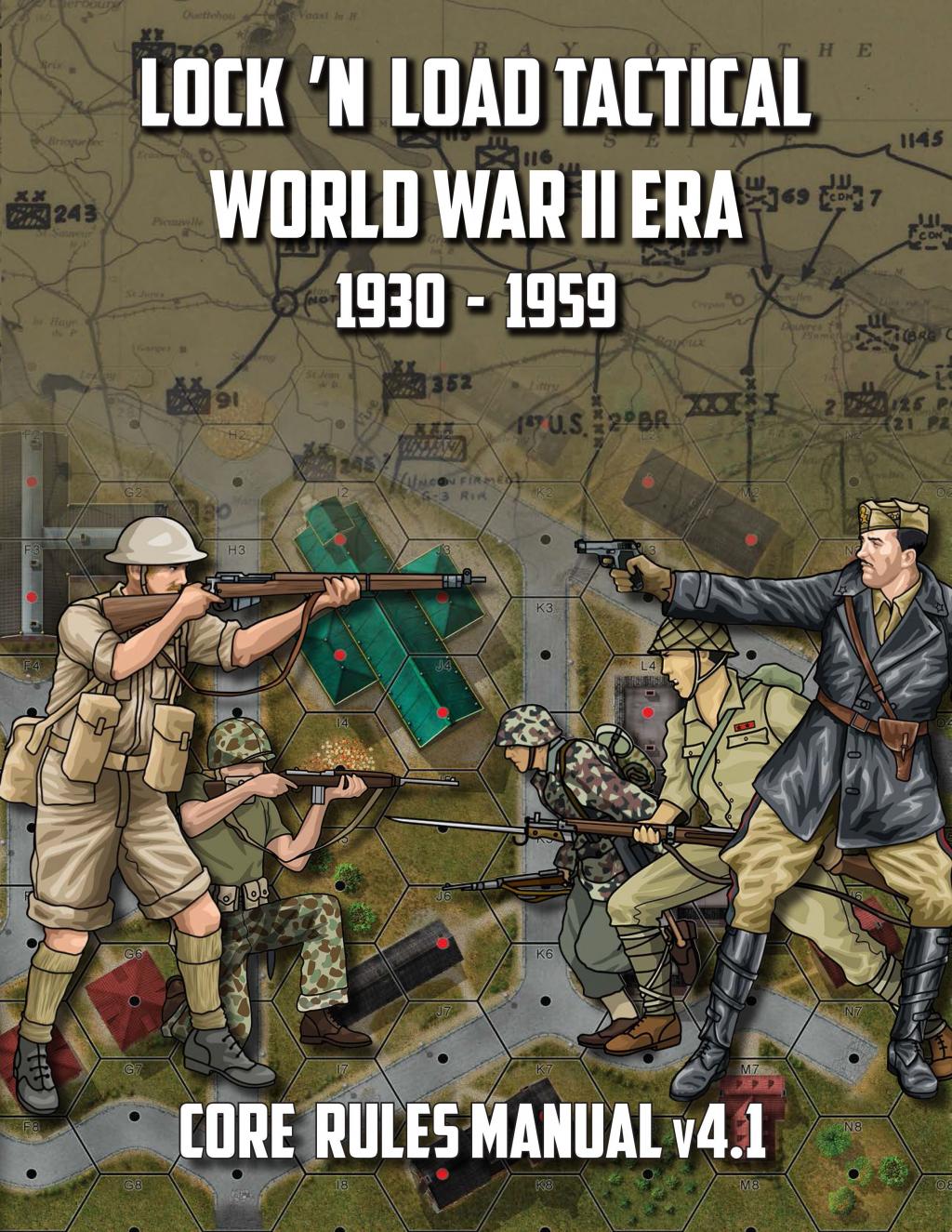 Lock ’n Load Tactical’s Version 4.1 (v4.1) World War II-era Core Rules Edition is the latest set of guidelines and regulations for the game system written by Jeff Lewis, Lead Developer of the Lock ’n Load Tactical Series. These rules present the core rules for the game system for modules taking place from 1930 to 1959. Now with all the core rules for your favorite games in one book, playing the game is easier and faster than ever. Notable changes from previous versions of the rules (v3.1 and earlier) will be presented in BLUE text. This new edition of the rules can be used with previously published modules. PLEASE NOTE: There is a difference between the Living Rules PDF Edition and the Printed book, the printed book does have tables and reference charts not available in the PDF. They are more of a general reference then module specific as comes in the games. This printed book was designed with the hard core Lock ’n Load Tactical fan in mind or for those that have the older games in the series but wanted to have a hard copy set of the new rules in their hands.