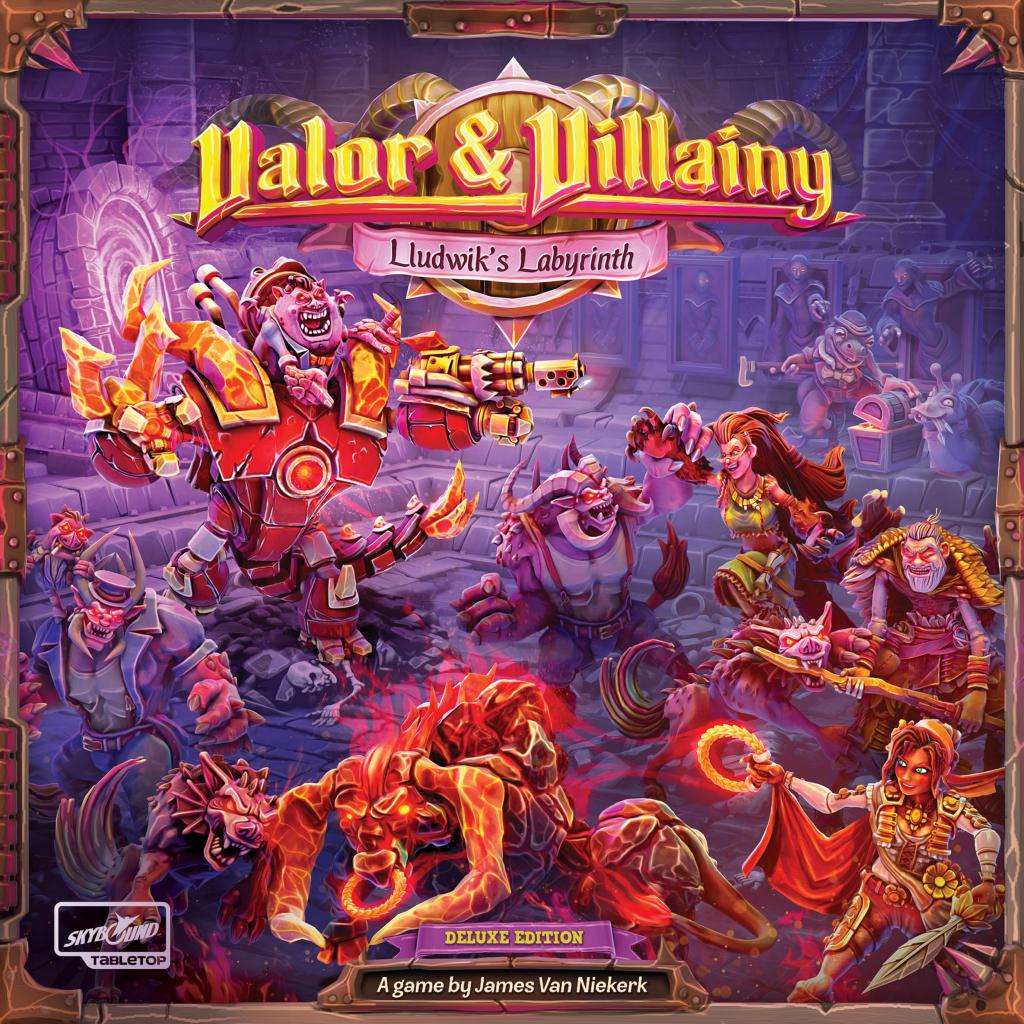 The Evil Wizard's plans were in ruin. In celebration, Giuseppe the Caring Pizza Baron, offered the victorious Order Without Borders twenty victoriously-priced Sun-Fired Pizza’s and use of his world famous -Pit of Balls-! Anticipating an evening filled with balls and pizza. danger was the last thing on their minds. Danger however, is an insidious ingredient, which has a means of working its way into even the most well-planned meals... Valor & Villainy: Lludwik's Labyrinth is a 1-6 player co-op adventure game, where a band of noble heroes from The Order Without Borders must pursue the Mad Imp Lludwik into his terrible Labyrinth to quell the threat of a demonic invasion. Lludwik's Labyrinth is a both a stand alone full co-op game, and a fully cross compatible sequel to Valor & Villainy: Minions of Mordak. It will be coming to Kickstarter in the second quarter of 2021 from Skybound Tabletop. - description from publisher