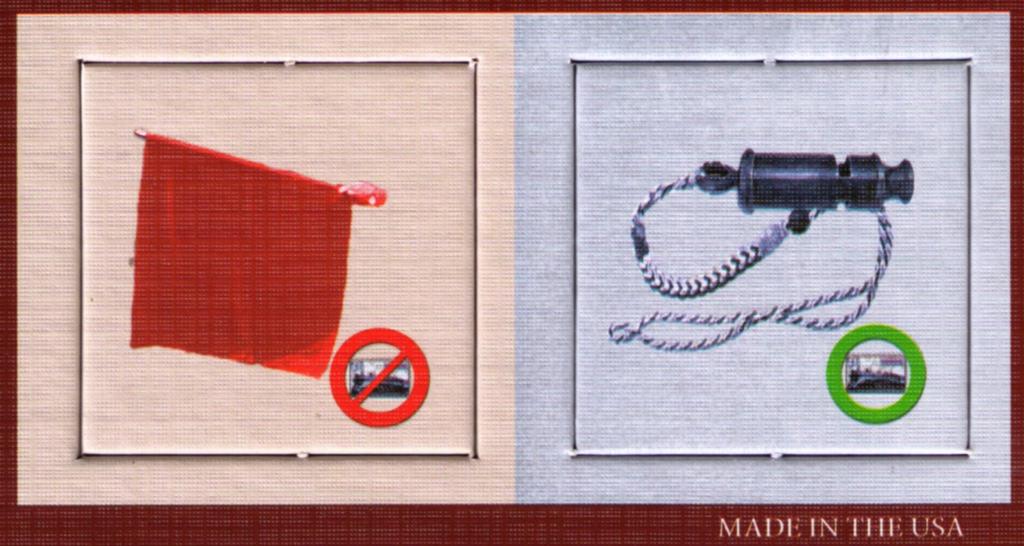 This official Mayfair promo expansion was not released separately, but is part of the Mayfair Games' Limited Edition Promo Expansion Set #8. Includes two tiles Tile #1: The Station Master's Whistle: After the first train leaves the Station and has been scored give the Whistle tile to the player with the lowest score. If there is a tie for lowest score then wait until the next train has left the Station - basically as soon as there is a clear lowest score that player is given the tile. They may use it at any time in the game to send any train out of the station early (as in immediately the whistle blows). However, if the tile hasn't been used and another player becomes the lowest scorer then they take the tile. The tile may only be used once during the entire game (that is ONCE not once per player) - put it back in the box when it has been used. Tile #2: The Guard's Flag: This tile may also only be used once per game. It begins on the table next to the train stack. On their turn any player may decide to use the Flag instead of taking their normal turn (ie they do not get to play a carriage or place a passenger chit). The Flag is placed above a train which shows that the train has a fault and cannot be moved. Remove all the passenger chits and return them to their owners, then discard the carriages and the train engine - no one scores this train. After use place the Flag back in the box