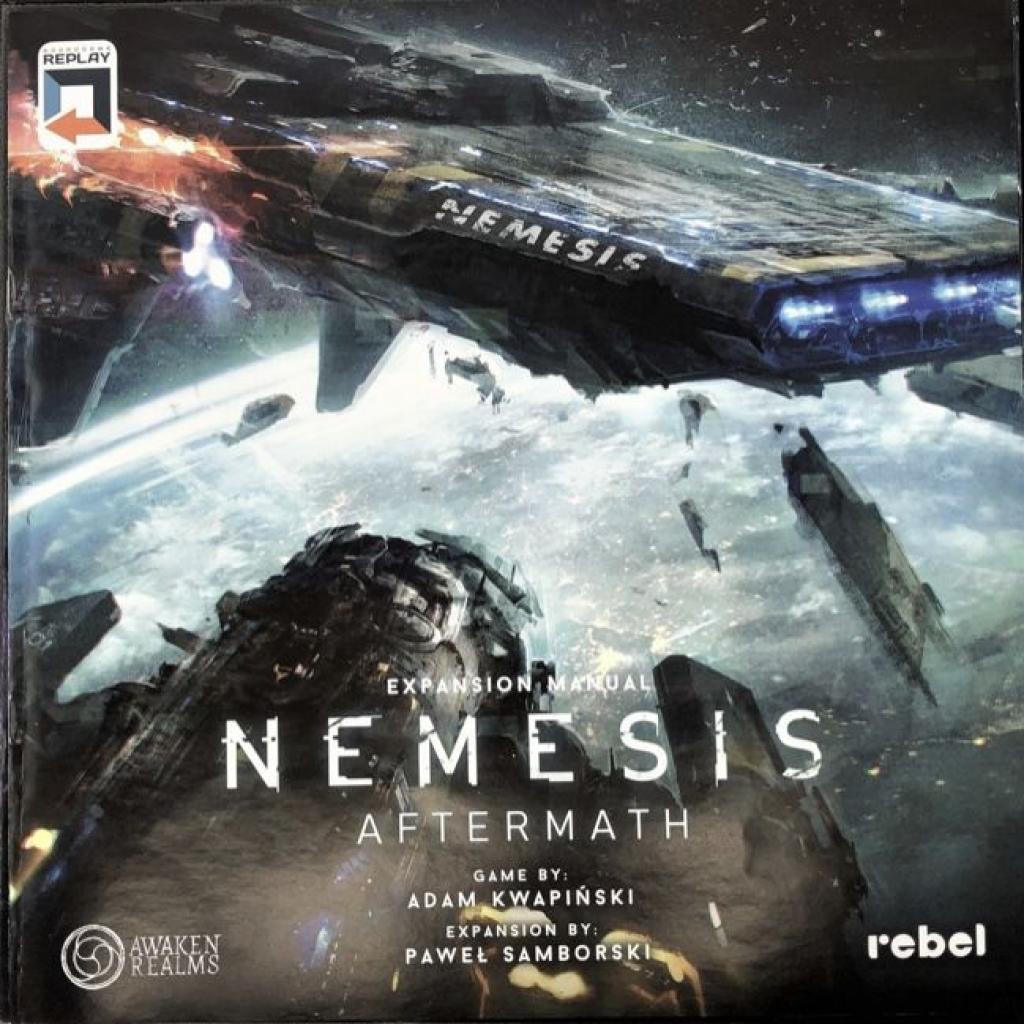 The main mode of Nemesis: Aftermath is the Epilogue Mode, a short (45-60 min.) 5-turn game, which is played after a regular game. At the start of this Epilogue, an unspecified amount of time has passed since the events that occurred in the Nemesis base game. The players use Characters (which haven't took part in base game) who enter the Nemesis to investigate. The ship bears many scars of its past tribulations, so any leftovers from your previous game will have effects on your Epilogue game. An Epilogue game is much shorter than a regular Nemesis game, but it is more difficult and offers a very dynamic playthrough. Instead of Objectives, players have to deal with seemingly simple Personal Requirements, while trying to cooperate in order to cope with various Alerts. In addition, players pursuing more selfish inter- ests might accept the Lucrative Offer. The players also use the additional Shuttle board, which represents a new small ship (docked to the Nemesis) consisting of additional 4 Room slots. The Nemesis: Aftermath expansion also adds 4 new Rooms "2". You can play the Epilogue game with less players than the number that actually participated in the regular game. TRAITS Nemesis: Aftermath adds a Trait card for each Character (both from the base game and the expansion). Trait cards gives specific advan- tages and disadvantages during the game. The Trait card is placed face up next to the Character board, and its rule is in effect for the rest of the game. NEW CHARACTERS Nemesis: Aftermath adds 5 new Characters to the game. When the players choose their Character, the Character draft card they select allows them to pick either the base game or the Aftermath character of a chosen color. For example, the red Aftermath Character (the Convict) can replace the red base game Character (the Soldier). After choosing their Character, each player keeps their selected draft card, preventing any other player to choose the other Character of the same color. The two red Characters (the Convict and the Soldier) can never be in the same game together. The Aftermath Characters are very different from the base game Characters. —description from the publisher