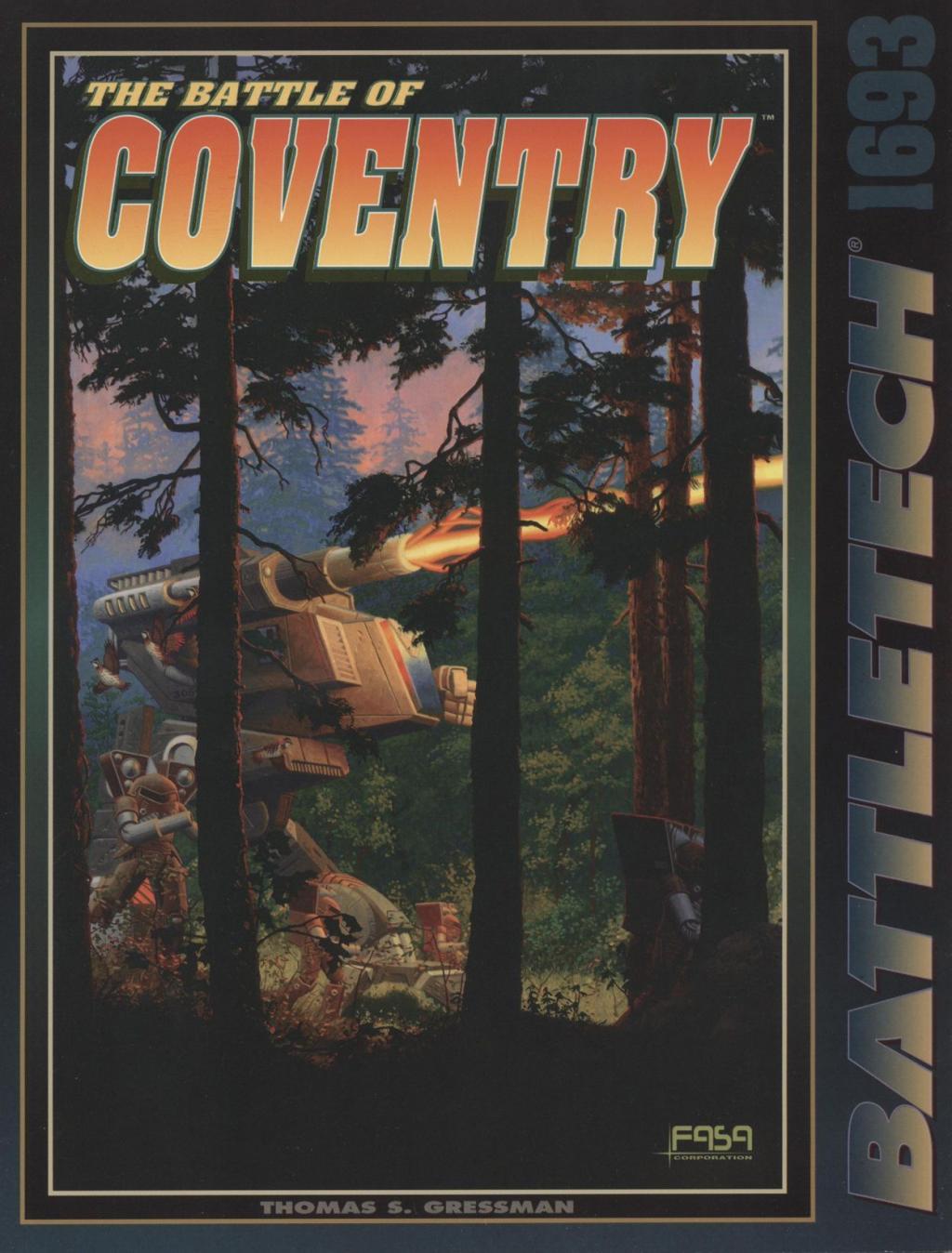 BattleTech: The Battle of Coventry

From the back of the book: REMATCH: CLAN vs INNER SPHERE A failed alliance tears a nation apart. Ancient rivals join forces. The winds of change are blasting across the worlds of the Inner Sphere, and the battle for Coventry is the center of the storm! In early 3058, following the disastrous Trial of Refusal with Clan Wolf, Clan Jade Falcon launches a brutal campaign against the Lyran Alliance to regain its status among the invading Clans. As the Lyran Alliance tries desperately to marshal the necessary troops to stop this invasion at Coventry, military forces from all the major powers in the Inner Sphere converge on the war-torn planet. With massive troops poised on both sides of the conflict, the battle for Coventry threatens to explode into an all-out war with the Clans once again! Will the Truce of Tukayyid hold? The Battle of Coventry is a BattleTech scenario pack that describes the savage conflict between Clan Jade Falcon and defending forces of the Inner Sphere on the planet Coventry. A detailed description of the hard-fought battle, along with seventeen scenarios and special campaign rules, allows players to recreate the events that unfolded in the BattleTech novel Malicious Intent - and perhaps even change the course of history. User comment: This is another Clan vs the Inner Sphere scenario pack from FASA, containing 17 assorted scenarios and the details on one new Clan OmniMech, the Cougar, which was reprinted a couple of years later in BattleTech Technical Readout: 3060. This scenario pack is similar to the earlier Luthien scenario pack, in that it brings along a multi-national force to represent the Inner Sphere; with units such as the Com Guard, Wolf's Dragoons, the Eridani Light Horse, the Davion Heavy Guards and others to choose from, it's a good opportunity to play your favourite unit from the novel on which the scenarios are drawn. Thanks to the inclusion of the Com Guard Invader Galaxy, it's also possibly the only scenario pack where the Inner Sphere player will go into a battle or two equipped to the same technological level as the opposing Clan.