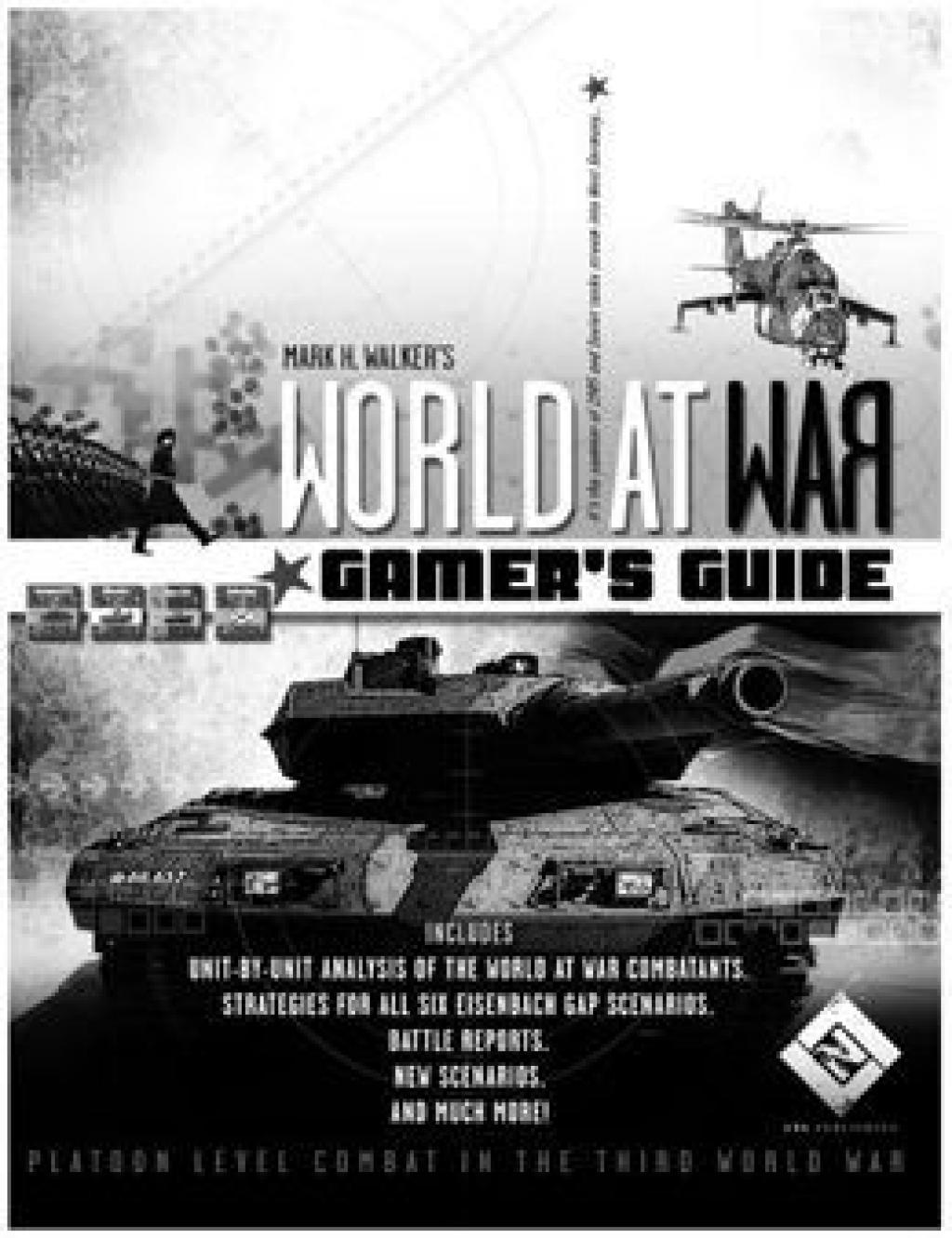 From the publisher: You asked for it (didn't you?), and now it's here (well, almost). Packing with forty professionally printed, and glaringly-glossy pages (including cover) and filled with World at War wisdom, the World at War: Gamer's Guide is on pre-order. You'll find a preview of the upcoming World at War boxed game, World at War: Blood and Bridges. Two new scenarios, Clearing Hell's Highway, and Poor Bloody Infantry. Two battle reports with semi-fictionalized accounts recounts of WaW scenarios (Some of you call these after action reports). A ten page article examining strategy in the World at War series and the specific tactics needed to win all six Eisenbach Gap scenarios. Even variants for night fighting, and a design your own scenarios "how to" article. And much more... including a unit-by-unit analysis of the platoons of Eisenbach Gap... World at War has been a pleasant, if mild, surprise for Lock ‘n Load Publishing. I designed the game because I wanted to play it. Yes, in the back of my mind, I felt that there might be a market for something depicting the war that never happened, but primarily I created the game because it interests me. In ten years of writing and designing, that’s the only thing I’ve found that works. I’ve designed and written on spec, and gave those pieces my best shot, but it seems that the games, the writing, that gets my juices flowing are the things other people also enjoy. I absolutely love playing World at War. I like the combat system, am intrigued by the era, and fascinated by the idea of a series of games that link together to tell a story. So, I’m happy that other people enjoy it too. I also hope that this guide enhances your enjoyment. We have strived to make a guide that is visually appealing, interesting, and diversified. Inside you’ll find articles on strategy, the percentages of rolling dice in World at War, battle reports (or after action reports as some of you prefer), and unit analysis. What you won’t find are dry as dust articles on the actual forces that lined the West German border or mind-numbing diatribes on Soviet Doctrine. Why? Because that stuff just doesn’t interest me. There are lots of tables comparing the strength and weakness of an M1 Abrams platoon and a T-72 platoon in the World at War system. And we go through the platoons of Eisenbach Gap, unit-by-unit, and even provide a walk through for winning Blind Sided (a Death of the 1st Panzer scenario.) All this in a beautifully laid out, two-color 40-page glossy magazine. Yeah, this one's printed. You can hold it in your hands. Not a stand-alone game. Expands: World at War: Eisenbach Gap World at War: Death of the 1st Panzer