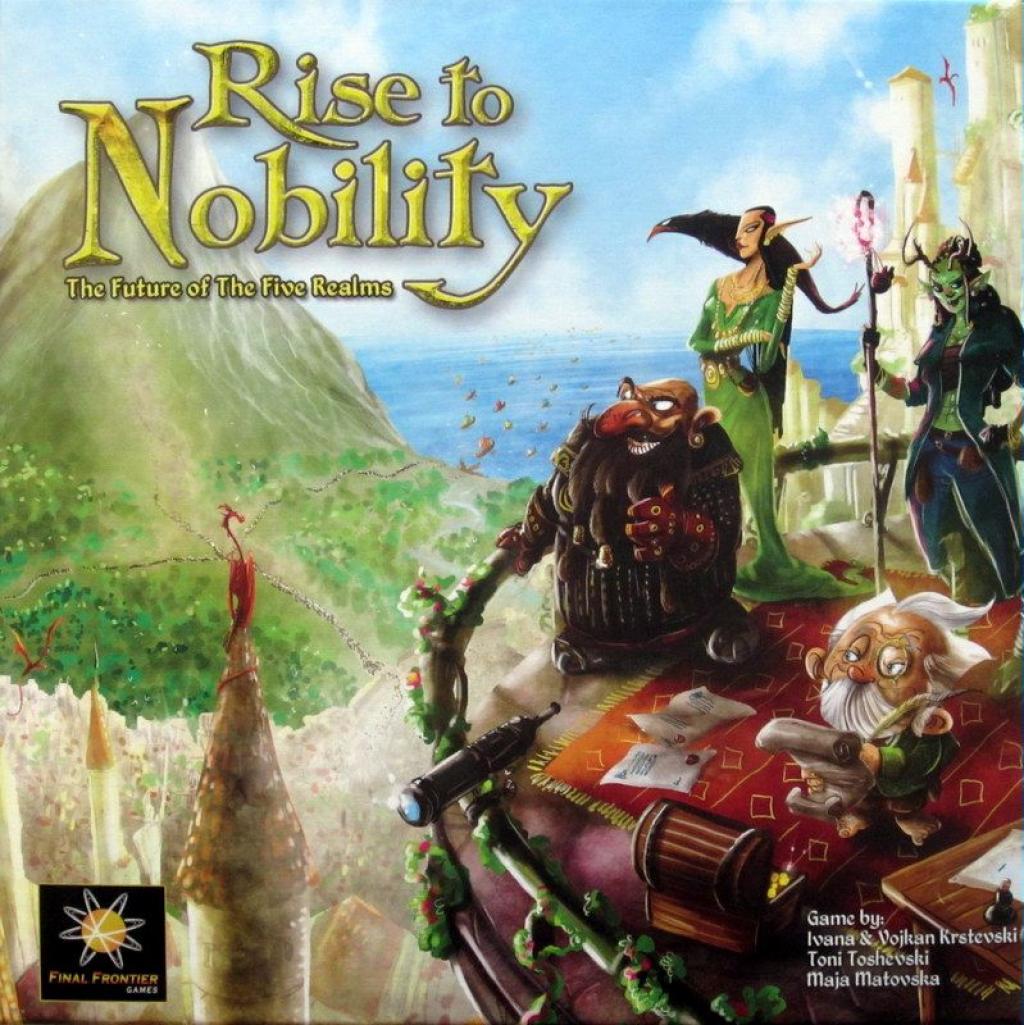 Five years after the events of Cavern Tavern, where a fragile peace was brokered between The Five Realms, the High Queen Tabita Orestes has ordered a new city to be built. The city of Caveborn will be the capital of the Five Realms, a place where all the races will learn to live together in harmony, with the main purpose being to bring them closer and prevent another war. The Queen needs to keep the alliance between the races and ensure that Caveborn is peaceful and prosperous. To that end, a Settlers Council has been formed with Berk the Town Clerk as its chairman — but Berk is getting old and needs a successor. Are you that person? Rise to Nobility is a worker (dice) placement game set in the same fantasy world as Cavern Tavern. You each own a small piece of land in the newly built city, and your job is to rise from anonymity, make your way to the title of lord, and take over the head seat at the Stone Council. You can achieve this by upgrading your land and increasing its value, satisfying the demands of the settlers' council, attracting and housing as many settlers as you can, accommodating their needs, finding them jobs, and helping them develop from apprentices to guild masters, thus insuring you have people in high places all around the city of Caveborn.