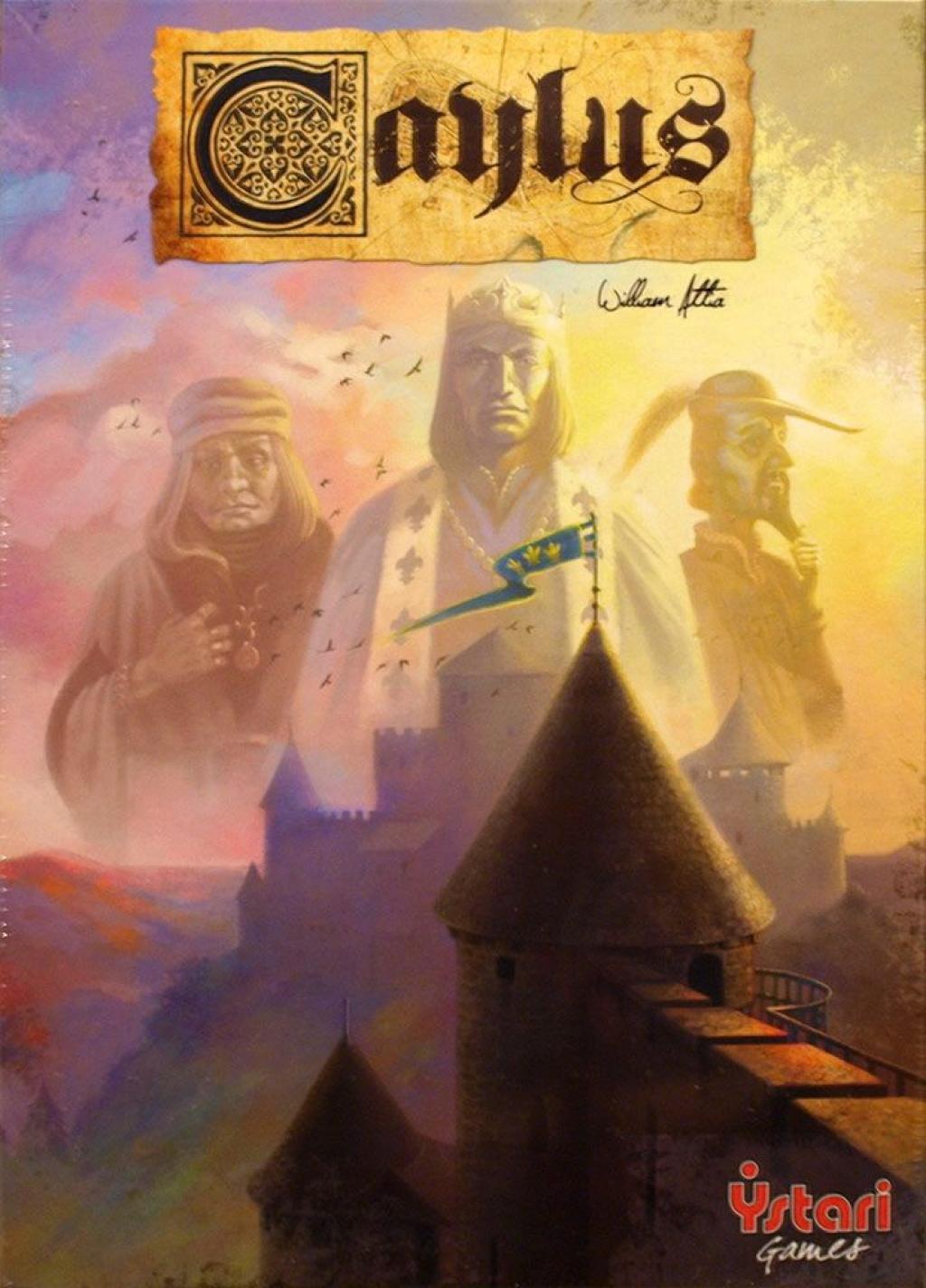 Once upon a time ... 1289. To strengthen the borders of the Kingdom of France, King Philip the Fair decided to have a new castle built. For the time being, Caylus is but a humble village, but soon, workers and craftsmen will be flocking by the cartload, attracted by the great prospects. Around the building site, a city is slowly rising up. The players embody master builders. By building the King's castle and developing the city around it, they earn prestige points and gain the King's favor. When the castle is finished, the player who has earned the most prestige wins the game. The expansion Caylus Expansion: The Jeweller was included in the 2nd Edition. Each turn, players pay to place their workers in various buildings in the village. These buildings allow players to gather resources or money, or to build or upgrade buildings with those resources. Players can also use their resources to help build the castle itself, earning points and favors from the king, which provide larger bonuses. Building a building provides some immediate points, and potentially income throughout the game, since players receive bonuses when others use their buildings. The buildings chosen by the players have a heavy impact on the course of the game, since they determine the actions that will be available to all the players. As new buildings are built, they stretch along a road stretching away from the castle, and not all buildings can be used every turn. Players have some control over which buildings are active by paying to influence the movement of the Provost marker. The final position of the marker is the newest building that can be used that turn. The Provost marker also helps determine the movement of the Bailiff marker, which determines the end of the game. Generally, if players are building many buildings and the Provost is generous in allowing them to be used, the game ends more quickly.