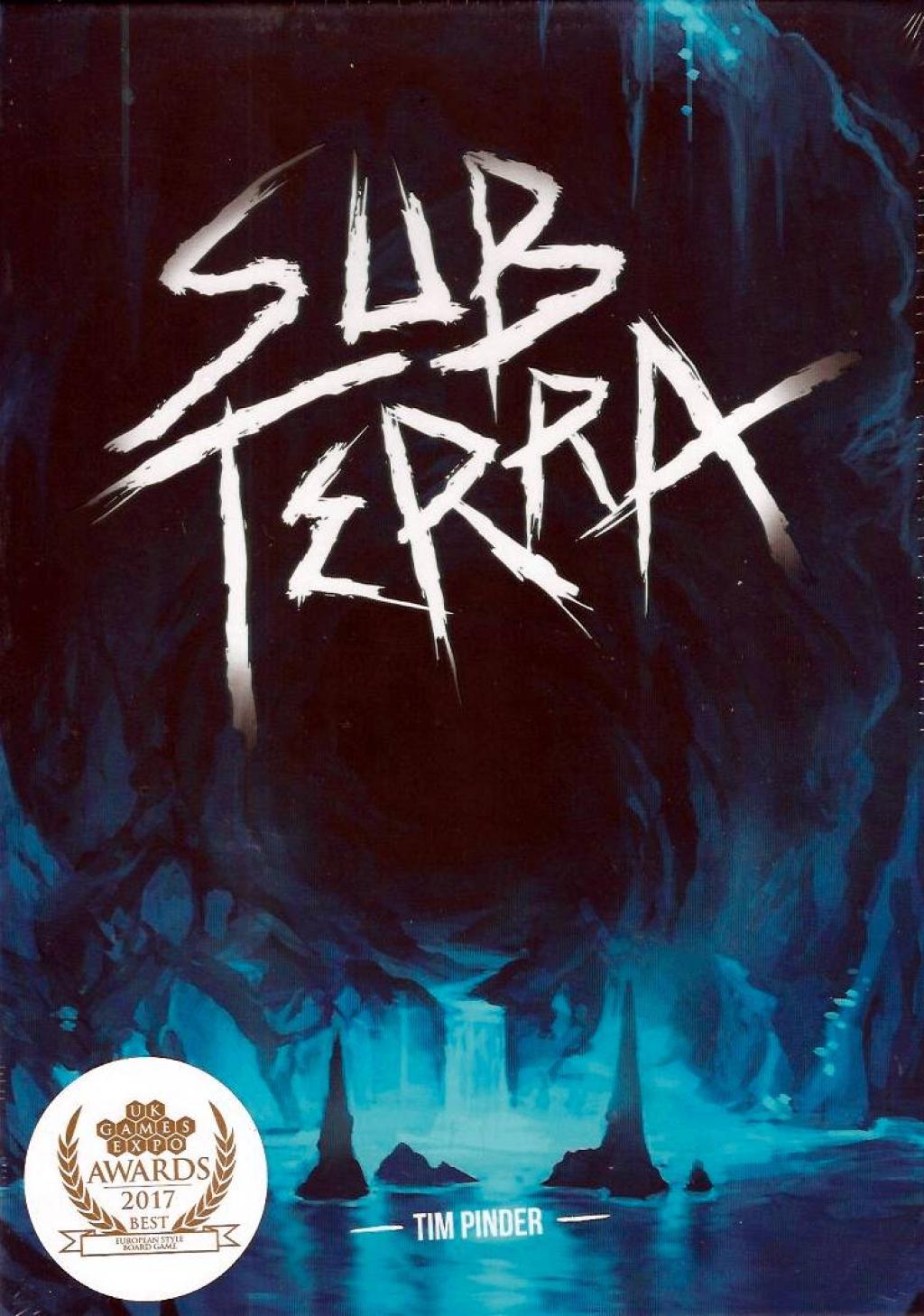 Description from the publisher: A 1-6 player cooperative game of terrifying cave escape. Players take the role of amateur cavers attempting to escape an unexplored network of subterranean tunnels, before the lights flicker out or the darker things beneath the Earth catch up to them... In Sub Terra players spend their turn exploring and revealing the tunnel system around them, attempting to survive the various perils of the cave, from floods and cave ins to gas leaks and scree. Players each have a role which gives them specialist abilities, such as an Engineer with dynamite to blast a new route or a Scout to find a route more easily. New tiles are placed from a randomised stack of cave features, which determines whether you'll be hit with a dead end or a range of new options. At the end of each turn, players face the reality of their situation, with a hazard card drawn to determine what danger causes them damage or cuts off their way out of the horror below. These cards are finite, and when they run out, your torches flicker and the air feels tight, and your chance of survival diminishes quickly.