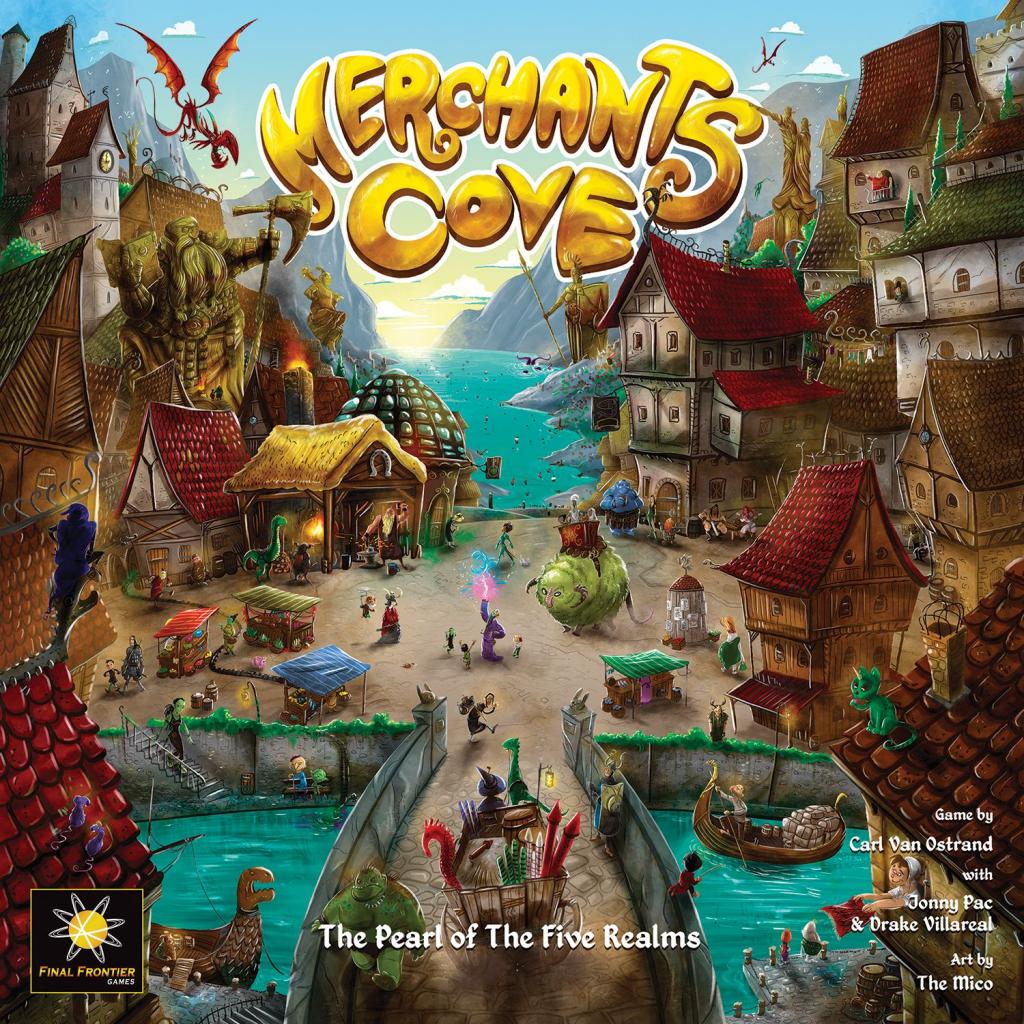 Welcome ashore! Merchants Cove is a highly asymmetrical eurogame where each player assumes the role of a different fantasy merchant with a unique shop. The merchants contend to sell their goods to the arriving adventurers at the cove’s piers—the most famous markets in the Five Realms. Each player uses their own set of role-specific components and gameplay mechanisms to produce their goods, increase their shop’s efficiency, and—most importantly—get rich! Though the merchants work independently in their specialized shops, they compete against each other to attract customers, influence the demands for goods, and secure sponsorships from the four faction halls. To get an edge, merchants can employ local townsfolk to work in their shops as staff. Or if they dare to cut corners, they can gain leverage from the corrupt lair of rogues—but at what cost? After three days of selling at the markets, the wealthiest merchant shall be declared the winner! —description from the publisher