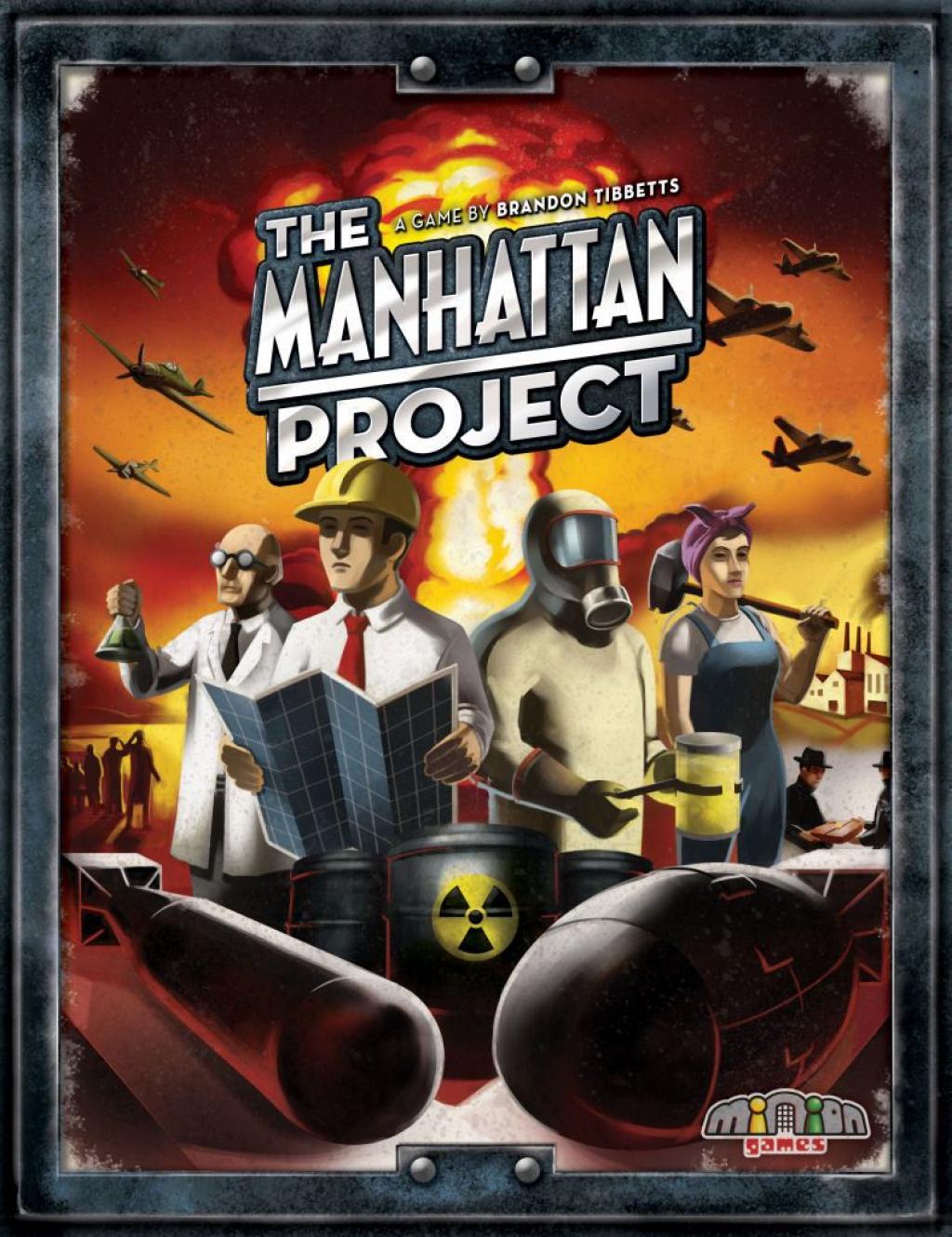 From the back of the box: Global Power Struggle Begins Which nation will take the lead and become world's dominant superpower? The Manhattan Project makes you the leader of a great nation's atomic weapons program in a deadly race to build bigger and better bombs. You must assign your workers to multiple projects: building your bomb-making infrastructure, expending your military to protect it, or sending your spies to steal your rival's hard work! You alone control your nation's destiny. You choose when to send out your workers–and when to call them back. Careful management and superior strategy will determine the winner of this struggle. So take charge and secure your nation's future! Additional description: The Manhattan Project is a low-luck, mostly open information efficiency game in which players compete to build and operate the most effective atomic bomb program. Players do not "nuke" each other, but conventional air strikes are allowed against facilities. The game features worker placement with a twist: there are no rounds and no end-of-round administration. Players retrieve their workers when they choose to or are forced to (by running out). An espionage action allows a player to activate and block an opponent's building, representing technology theft and sabotage.