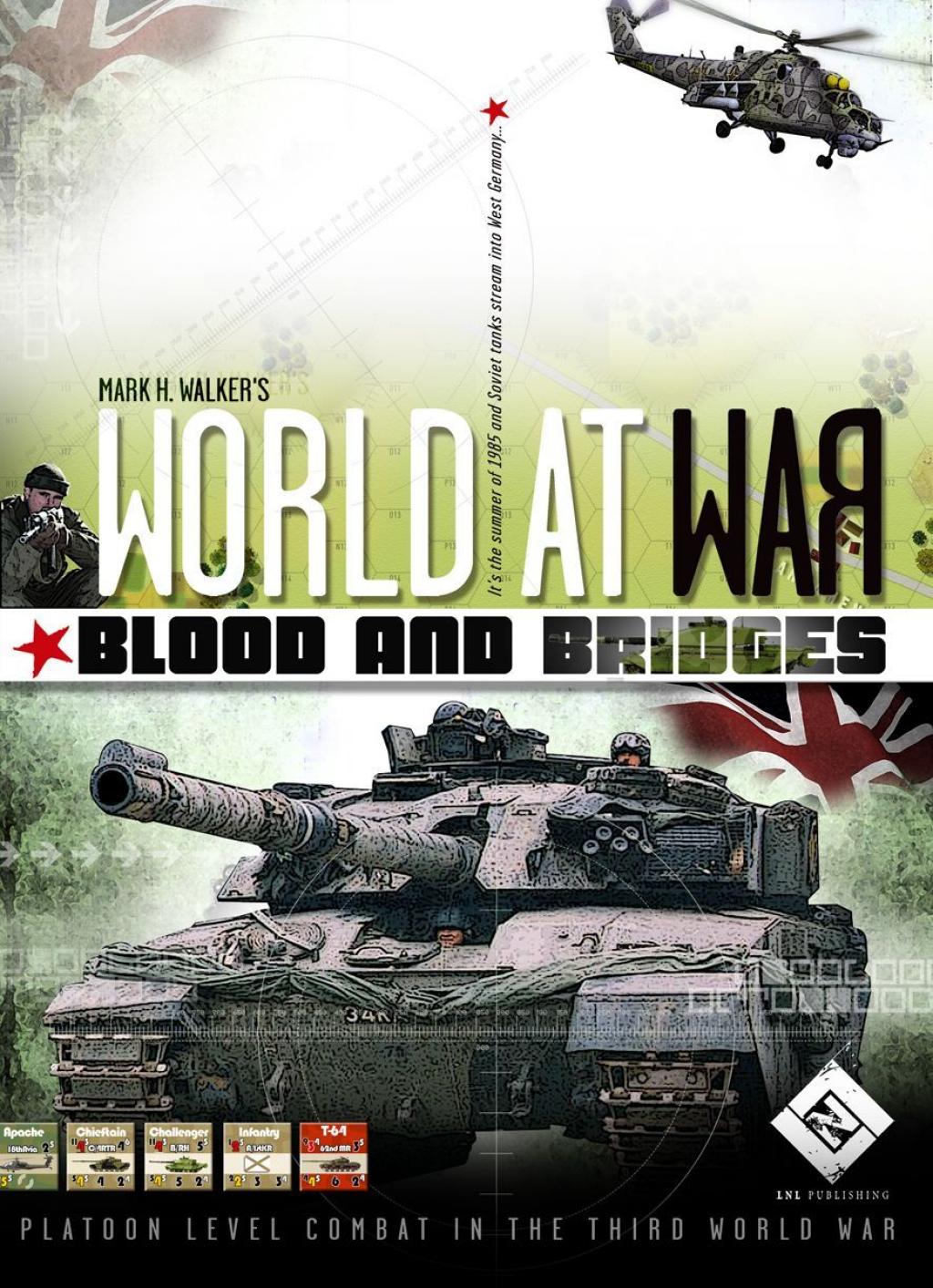 World at War: Blood and Bridges

World at War: Blood and Bridges

Blood and Bridges is a complete stand-alone World at War module that depicts the struggle for control of the bridges in the Rhine River Valley. Fresh Guards units are spearheading the assault into Western Europe, bending defending NATO forces to their breaking point. It is up to forces of the British Army of the Rhine (BAOR), to stop the Soviet advance which, if successful could ultimately threaten Britain itself. This stand-alone expansion to the Award Winning World at War: Eisenbach Gap System, contains everything you need to play right out of the box. A new, fully updated and expanded rulebook covers the entire original World at War rules and adds new rules to expand the on-map action. Included are regulations for bridging units like Soviet MTU-55, improved positions and air power, which was a special scenario rule in Death of the First Panzer (An earlier add-on covering West German forces with an 11x17 map, 40 new scuff-resistant counters, and 6 new scenarios). Now the NATO forces will have improved positions to help them cope with the Soviet onslaught. Air power becomes an official game element, with rules and counters representing American A-10's, Soviet SU-25's, and British Tornado's. Birds that can deal out a massive amount of destruction on the battlefield, and look sexy doing it. At least as sexy as a cardboard chit can look. Also, expanded artillery rules, introduce Multiple Launch Rocket Systems (MLRS), and electronic warfare. In addition a new table brings battlefield chaos effects to the game. War never goes as planned and great leaders must deal with adversity when it happens. So we thought, 'Let's shake things up a bit". In games with this option, if you draw the "battlefield chaos" counter, a roll is made to see what the gods of war have hefted upon you, your enemy, or both of you. Anything from bad weather, extra support missions, shell-shocked troops, or skillful battle plans, can come your way. The war is raging on and now it is up to the British and their formidable array of weapons systems to blunt the Soviet spearhead. Chieftain and Challenger tanks, Striker ATGM vehicles, FV-432 APCs, Lynx attack helicopters, Tornado fighter-bombers and others clash headlong with top-of-the-line Soviet Guards units outfitted with T-80 and T-64 tanks, BMP-2 APCs, MTU-55 Bridge layers, SA-13s, Hind E attack helicopters, Su-25 ground attack aircraft and many more. There is only one mission here. Hold the bridges or see Soviet armor on Channel coast. Are you up to the task? World at War: Blood and Bridges is the latest complete game in the World at War series. It features 352 counters (we just added an extra half sheet of admin counter goodness), a mounted 22” x 34” map, 12 scenarios, two player-aid cards, dice, and a complete rules set. Click here for the full story: http://www.locknloadgame.com