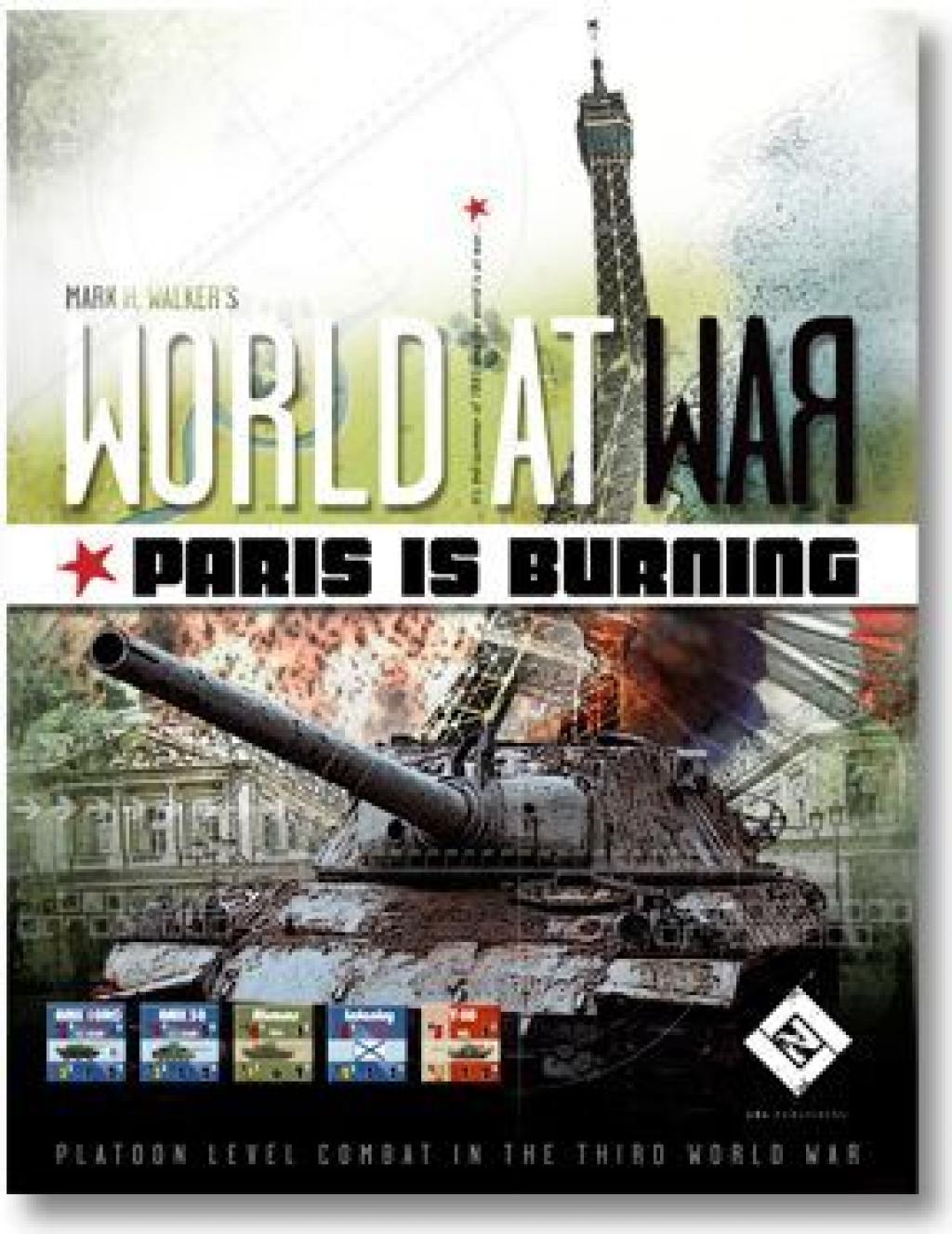 World at War: Paris is Burning

From the website... "The Soviets have broken through the NATO line in West Germany, and the West German, British, and Americans are in full retreat. They approach the French border, hoping for aid, praying for sanctuary, but the AMX-30 tanks on the far side of the border fire, their shells ripping into the approaching NATO troops. Thus starts another chapter in the World at War series. Paris is Burning brings the French into the flaming battlefields of Europe. Zealots, patriots, and determined to defend their homeland, the French battle any army that crosses into France. Paris is Burning ships with two 11" x 17" geomorphic maps, 176 eye-popping counters, player’s aids, and module rules, all tucked neatly into an attractive box. Paris is Burning is an expansion for World at War: The Untold Stories. This expansion includes: Two 11" x 17" geomorphic mounted maps. 176 counters depicting French, British, Americans, and the evil Soviets. Player aid card. Module rules. Vividly illustrated box.