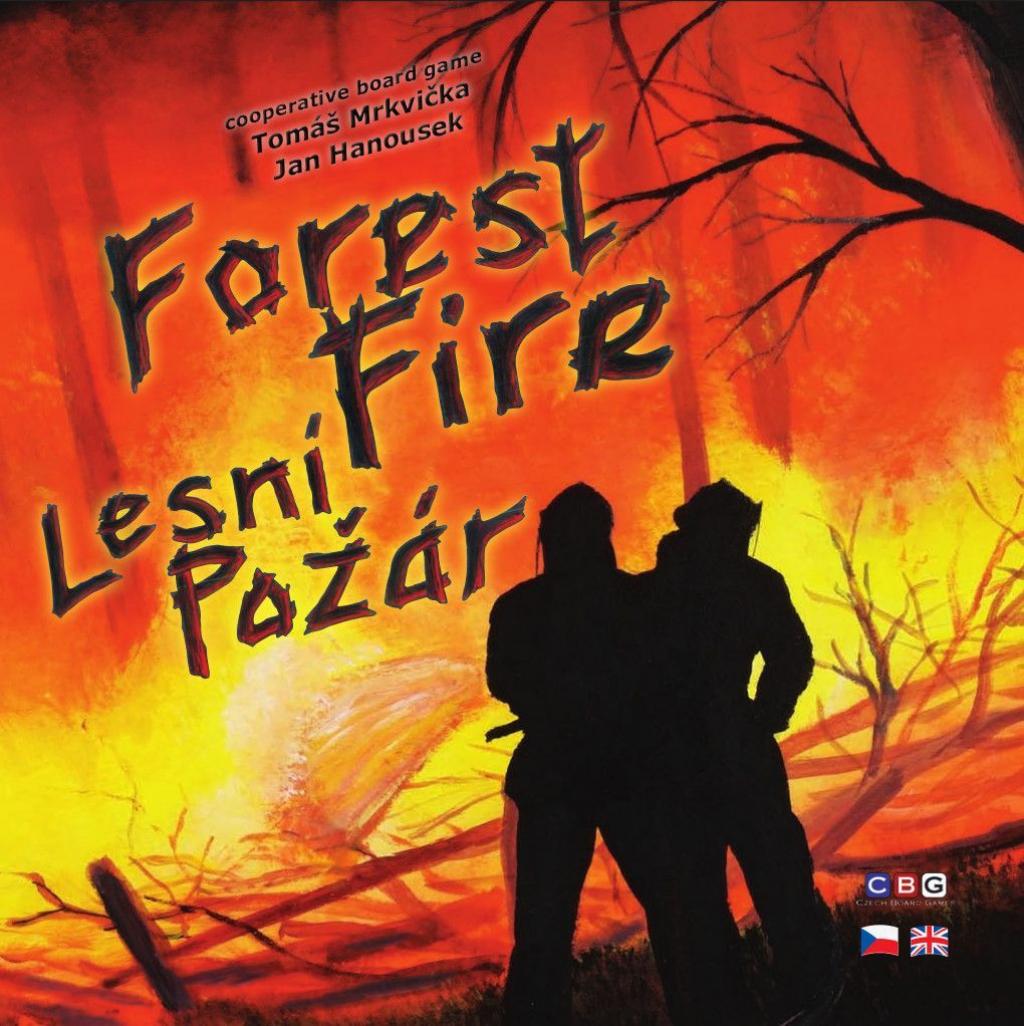 The calm night has been interrupted by the yell of sirens. The forest is on fire! The fire swallows one tree after another; the villages are covered in a hot smoky cloud. The firefighters are setting off. Everybody is a part of the team with their own duties; everybody knows they can rely on one another. The forest fire spreads and the wind blows it into inaccessible bushes. But meanwhile unbelievable extinguishing equipment is being constructed in the safety of rocks. Will the firefighters succeed in stopping the fire with the help of the equipment? Forest Fire is a cooperative board game in which the firemen players have to guard all the villages against fire. Each player can contribute to the victory with their special abilities, by playing cards, and through strategic planning. The game consists of six scenarios with various degrees of difficulty. Each scenario can be played many times due to the variable layout of the game board.