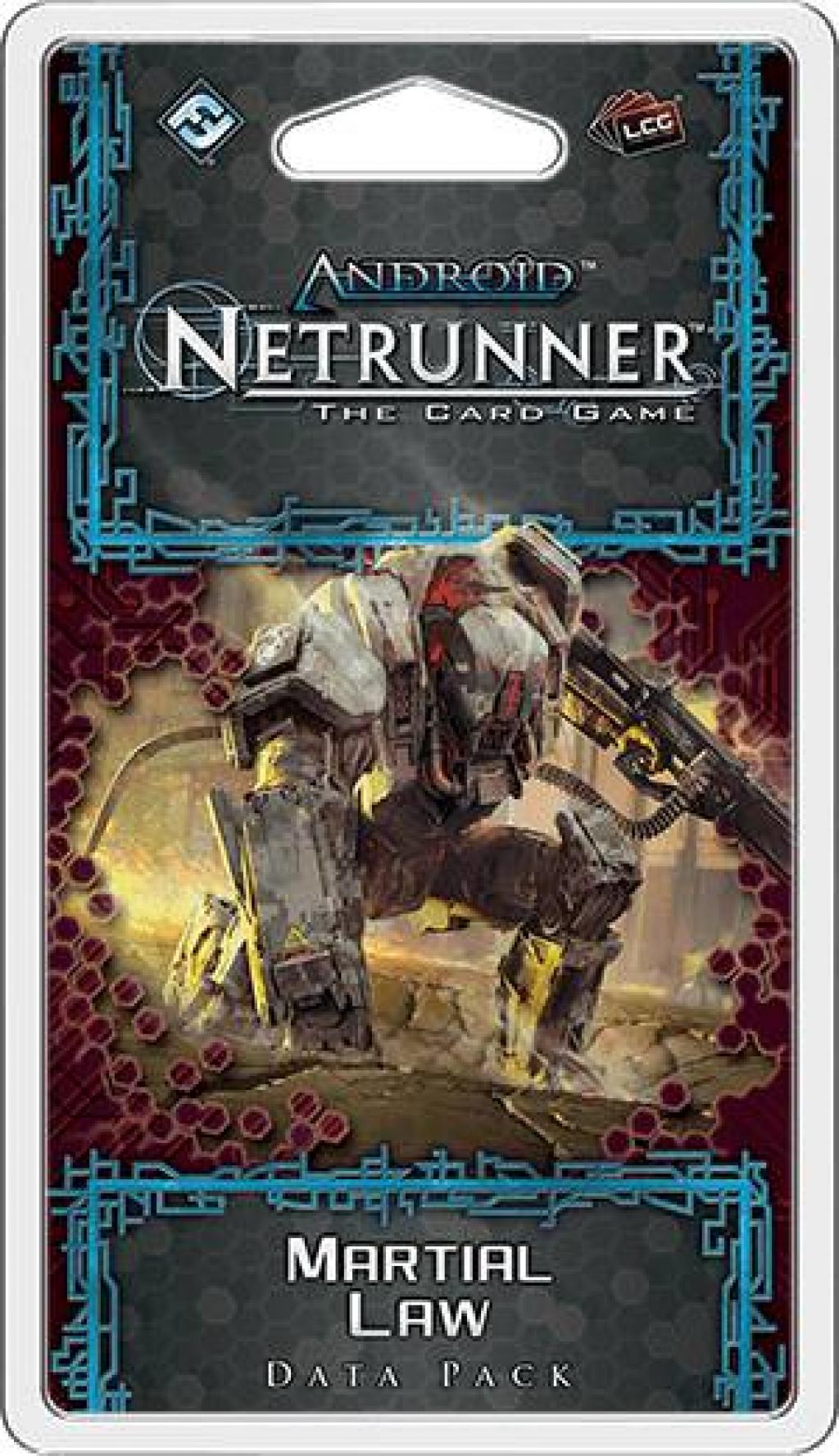 Description from the publisher: Martial Law is the fifth and penultimate Data Pack in the Flashpoint Cycle for Android: Netrunner, and it advances our understanding of how deeply New Angeles has plunged into chaos. Its citizens are trapped in their arcologies or huddled together in whatever safe places they can find. The city's streets have become a warzone. The corps can't or won't restore order. The time has come for the U.S. government to intervene. Shock and awe are the order of the day in Martial Law. Starting with two new neutral currents, one each for Runner and Corp, the expansion's sixty new cards (three copies each of twenty different cards) are going to bring a new order to the world's largest city—one way or another. But when this new order is established, who will be viewed as the winners? And what will they have gained?